The Mother Daughter Empower Conference & Awards are back and we are extremely excited to welcome moms, stepmoms, foster moms, caregivers, teachers, auntie, grandmas and girls ages 7-14 to our 2022 in-person event on Sunday, May 29th from 10:30 AM- 4 PM at the beautiful & magical Hazelton Manor, 99 Peelar Rd, Vaughan Ontario Canada.

This one of a kind event is sure to be an unforgettable day packed with valuable tips & tools that will empower both women and girls to believe in themselves, DREAM BIG and live life to their full potential! Unite and get inspired by our power positive keynote speakers, interactive workshops, giveaways, performances, swag bags, shopping and so much more! You will be sure to leave feeling celebrated, inspired and empowered by this one-of-a-kind event experience!

GET YOUR TICKETS TODAY 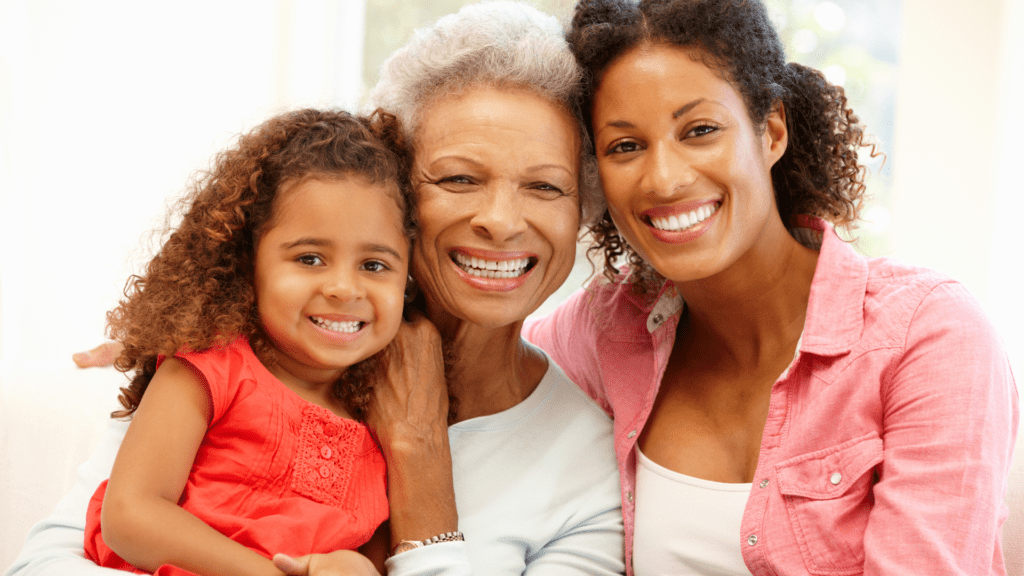 The Mother Daughter Empower Conference is an Educational Personal Development and Growth Mindset Conference designed for women and girls ages 7-14. An experience like no other that will Empower girls to be who they are and become anything they want to be. Our speaker topics focus on a variety of subjects that include;  confidence building, relationships, resiliency, mental health & wellness, mentorship & more.

The Empower Girl Awards is an awards ceremony that follows the conference where we celebrate our top finalists and announce our 2022 Empower Girl of the Year award winner! One lucky audience member will also walk away with a matching grand prize! 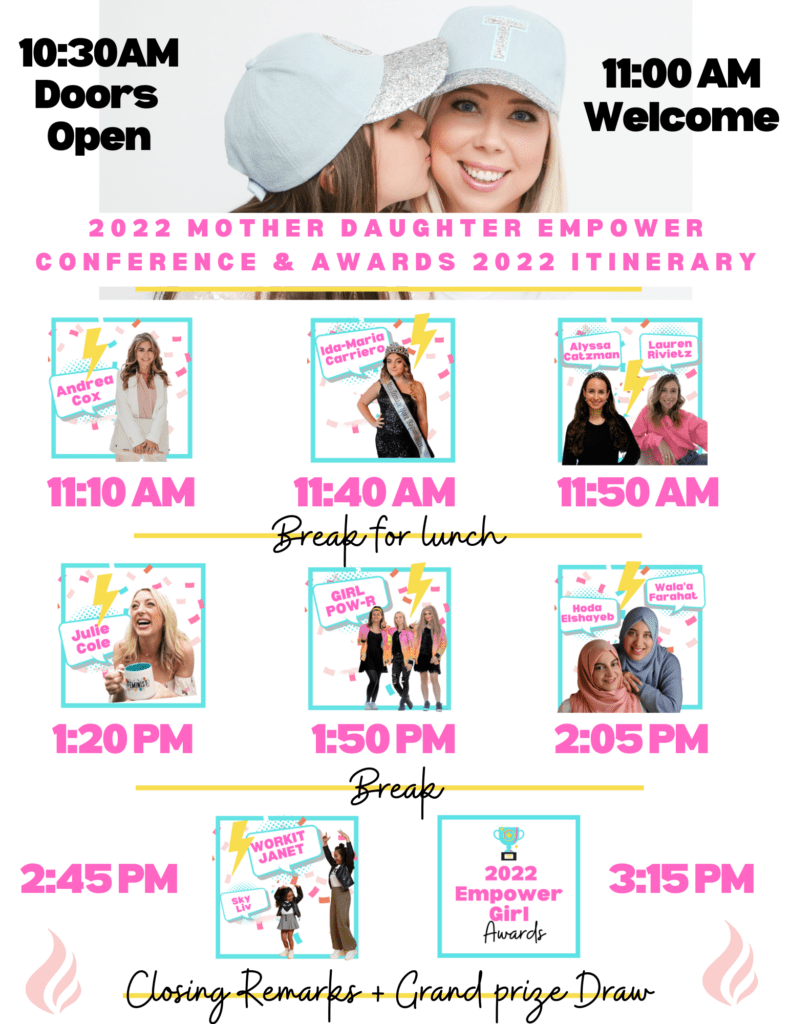 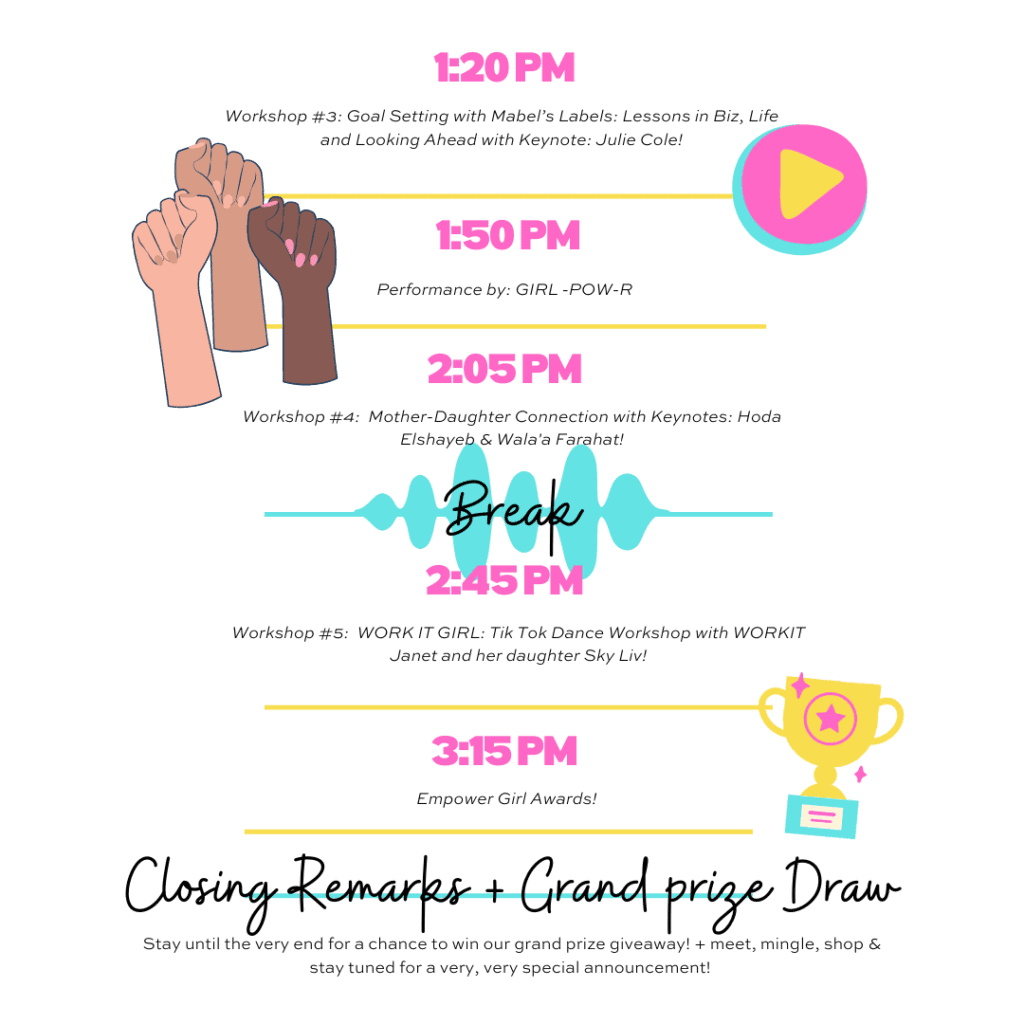 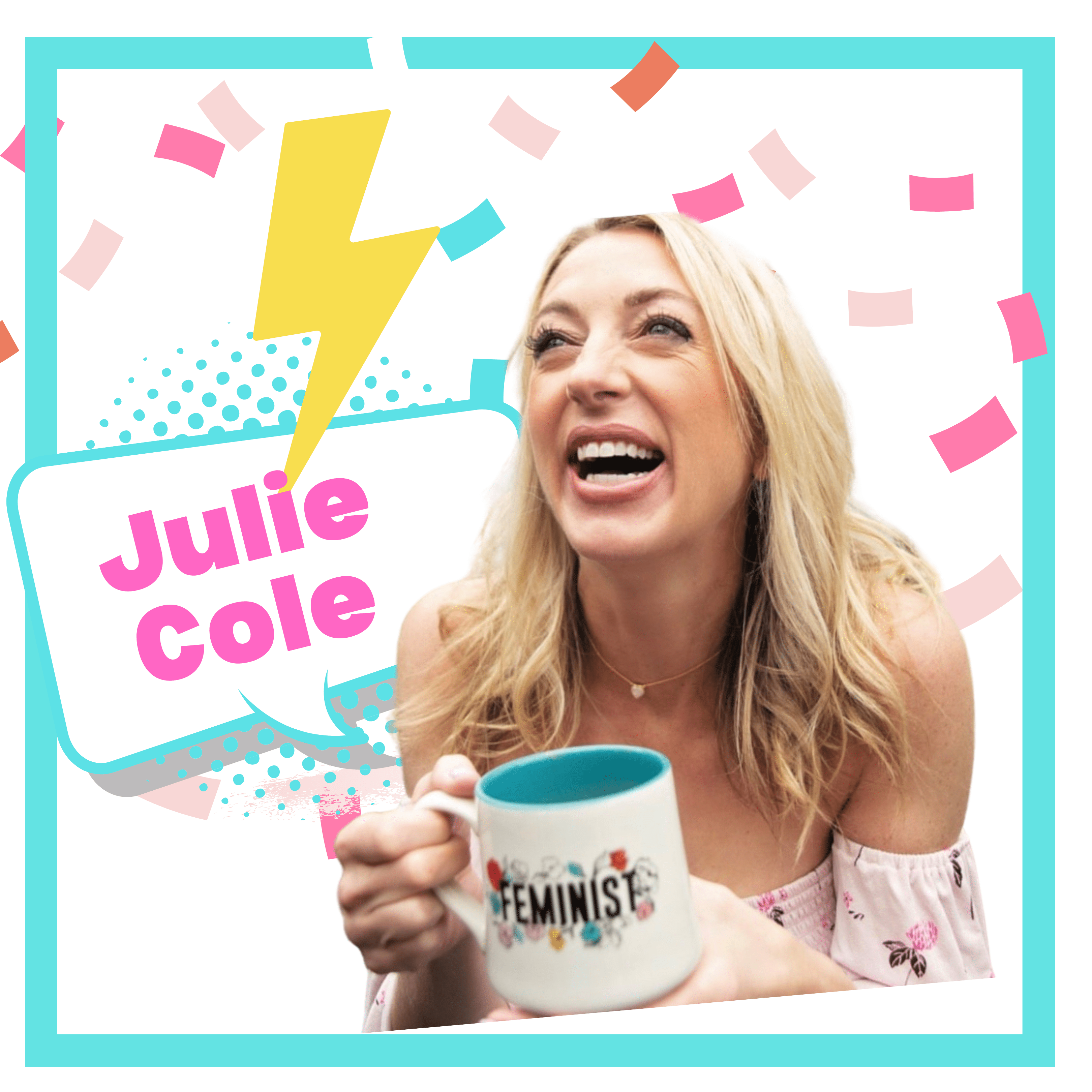 WORKSHOP: Goal Setting with Mabel’s Labels: Lessons in Biz, Life and Looking Ahead

Julie Cole is a recovered lawyer, mom of six and co-founder of Mabel’s Labels. She has helped her company bring their product to a world-wide market, gain media recognition and win countless entrepreneur awards. Julie is a regular television contributor, a sought-after speaker and parenting expert. She is a syndicated blogger who’s been featured in Huffington Post, Parenting.com, Today’s Parent, Scary Mommy, The Globe and Mail, The Papaya Podcast, Savvy Mom, Forbes, Working Mother Magazine and more. Julie is the creator and host of the popular live parenting show Mabel Mom Cave on Facebook, which has over 213K likes. 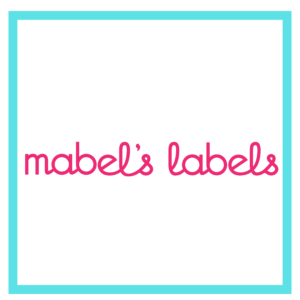 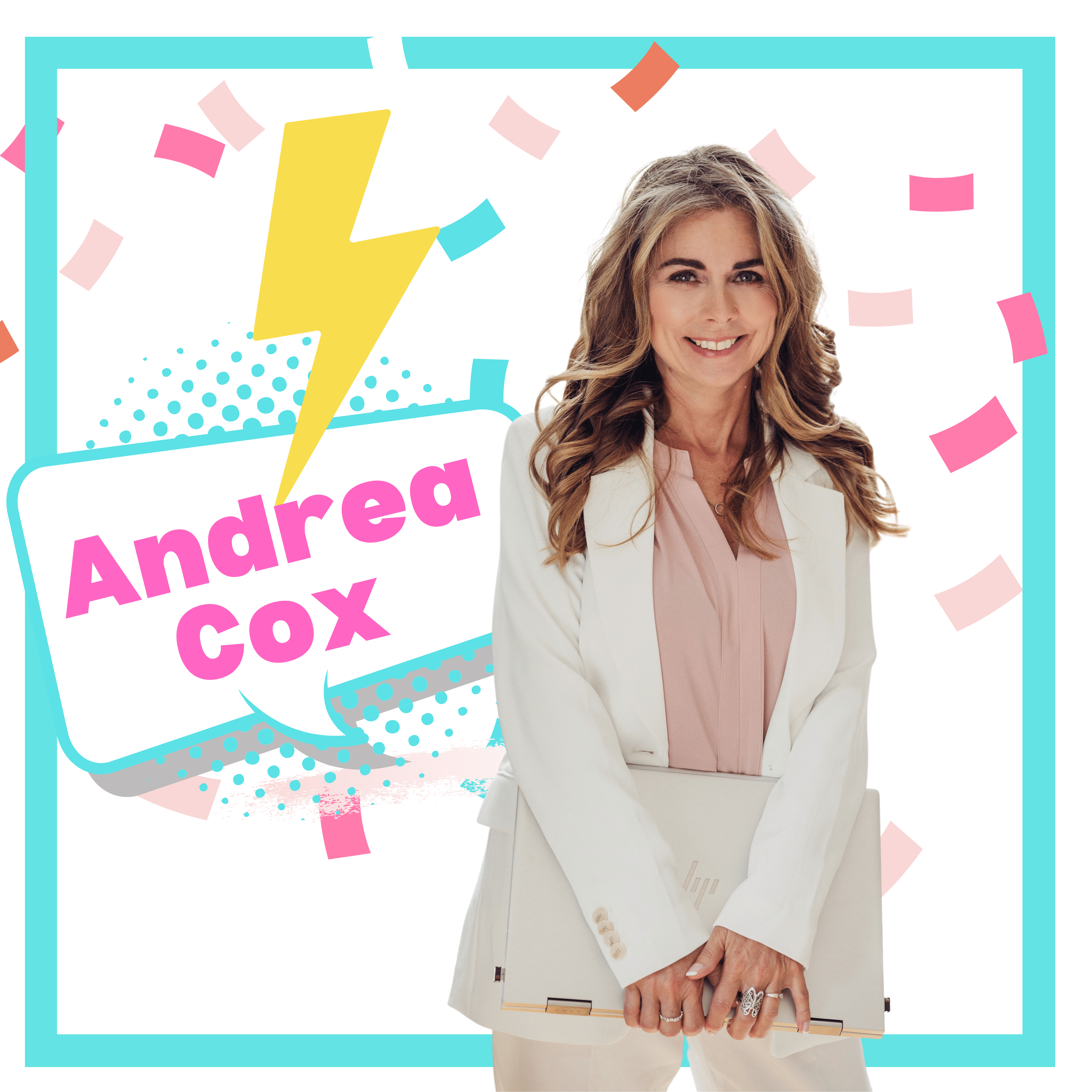 Andrea Cox is a loving, supportive mother to a beautiful daughter and understands how important it is for youth to connect to how their thoughts, feelings, and actions can impact their day-to-day interactions. As a Mindset Mentor, she works with kids and families to help them create daily positive habits around self-awareness, social skills, mindfulness, and journaling. It’s important to love and embrace what makes us special and unique and share it with the world. 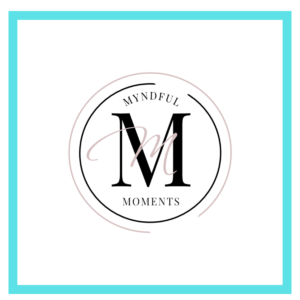 WORKSHOP: JUST AS YOU ARE

Alyssa is a child psychotherapist and Lauren is a mindset + empowerment coach, and together, their workshop will focus on supporting your wellbeing and developing self-love. Leading through Alyssa’s book, “Just As You Are,” both women will use this story as a springboard for conversations and activities between women and girls about the important topics of topics of body image, self-esteem, and external influences on self-perception. 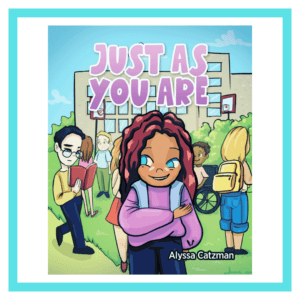 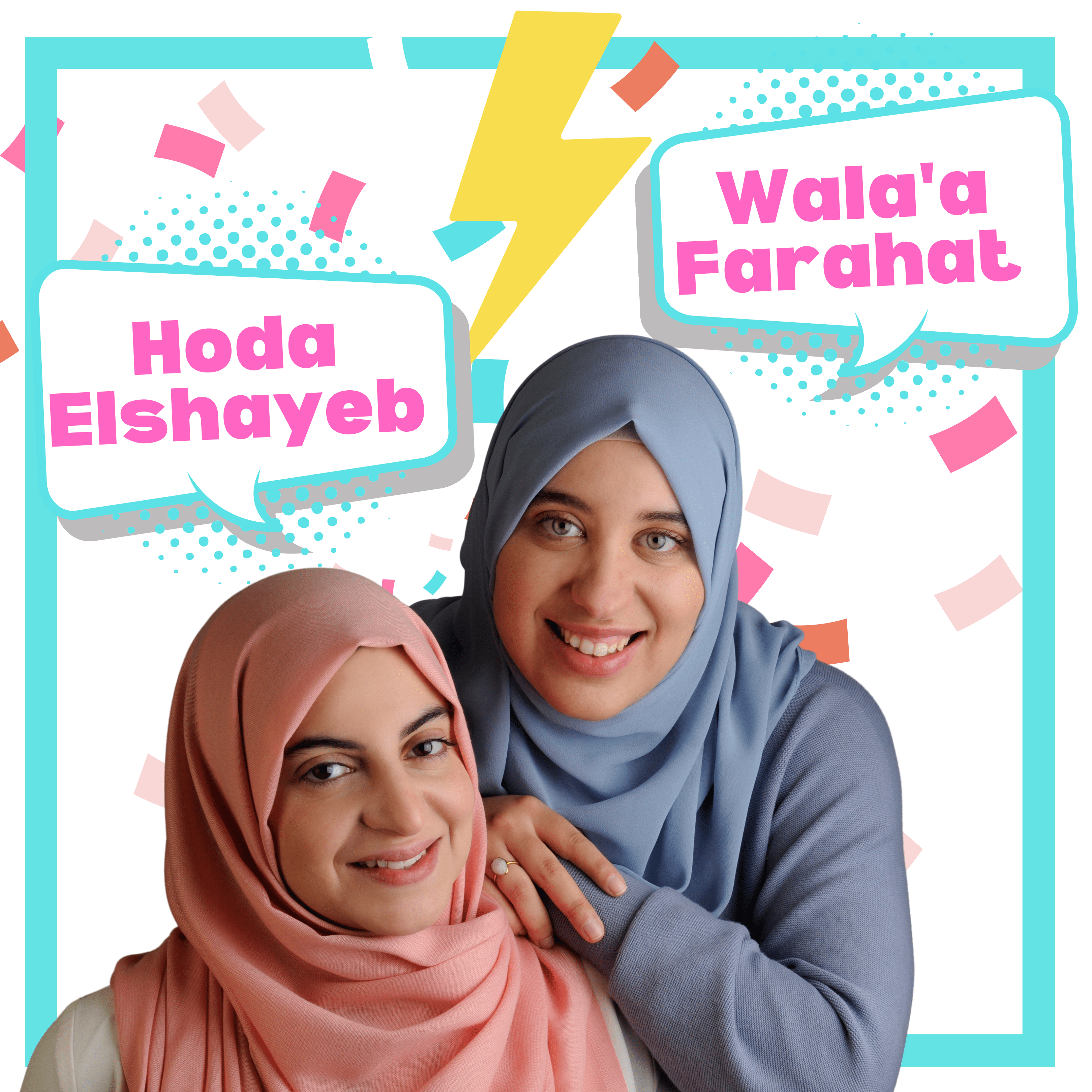 Through a series of team-building activities, this workshop will give mother-daughter duos the opportunity to learn more about the uniqueness of a mother-daughter bond, identify various obstacles along the way, and a set of strategies to continue fostering moments of connection. 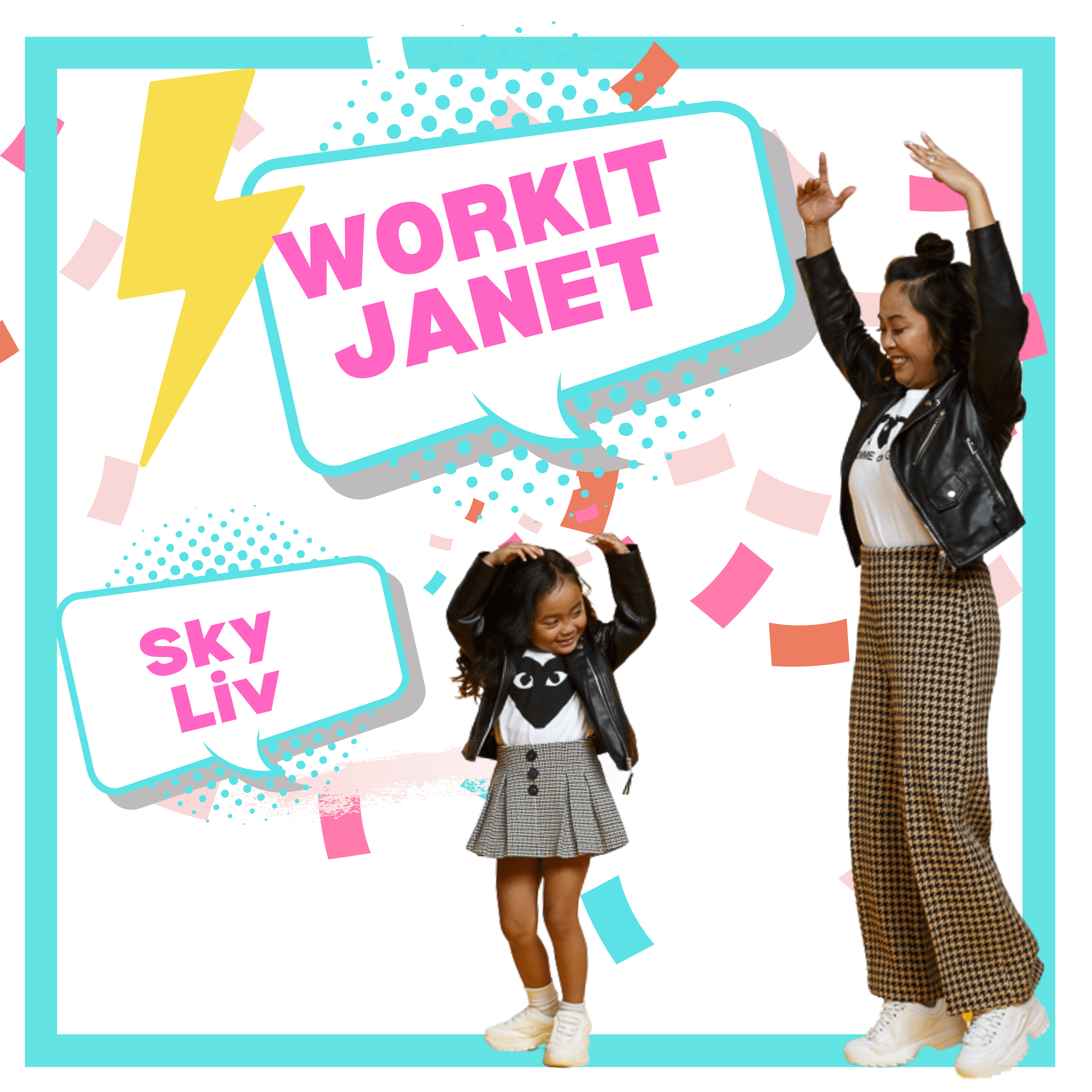 Bust out your power moves with empowering dance coach WORK IT Janet and her daughter Sky Liv as they lead you through a popular mom and daughter Tik Tok dance. Get ready to WORK IT!!

Janet Castillo (aka WORK IT JANET) is a Dance Coach, and TV Host and Producer of the WORK IT! TV Show. She has worked with high-profile artists and brands including Jennifer Lopez, Christina Milian, So You Think You Can Dance, Much Music, Latin Grammys, TEDx, Canadian and American Idol Finalists, PAN AM Games, Olympic Committee, and was the dance captain of a touring musical co-produced by Tyler Perry and Cedric the Entertainer! 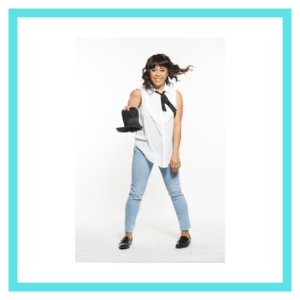 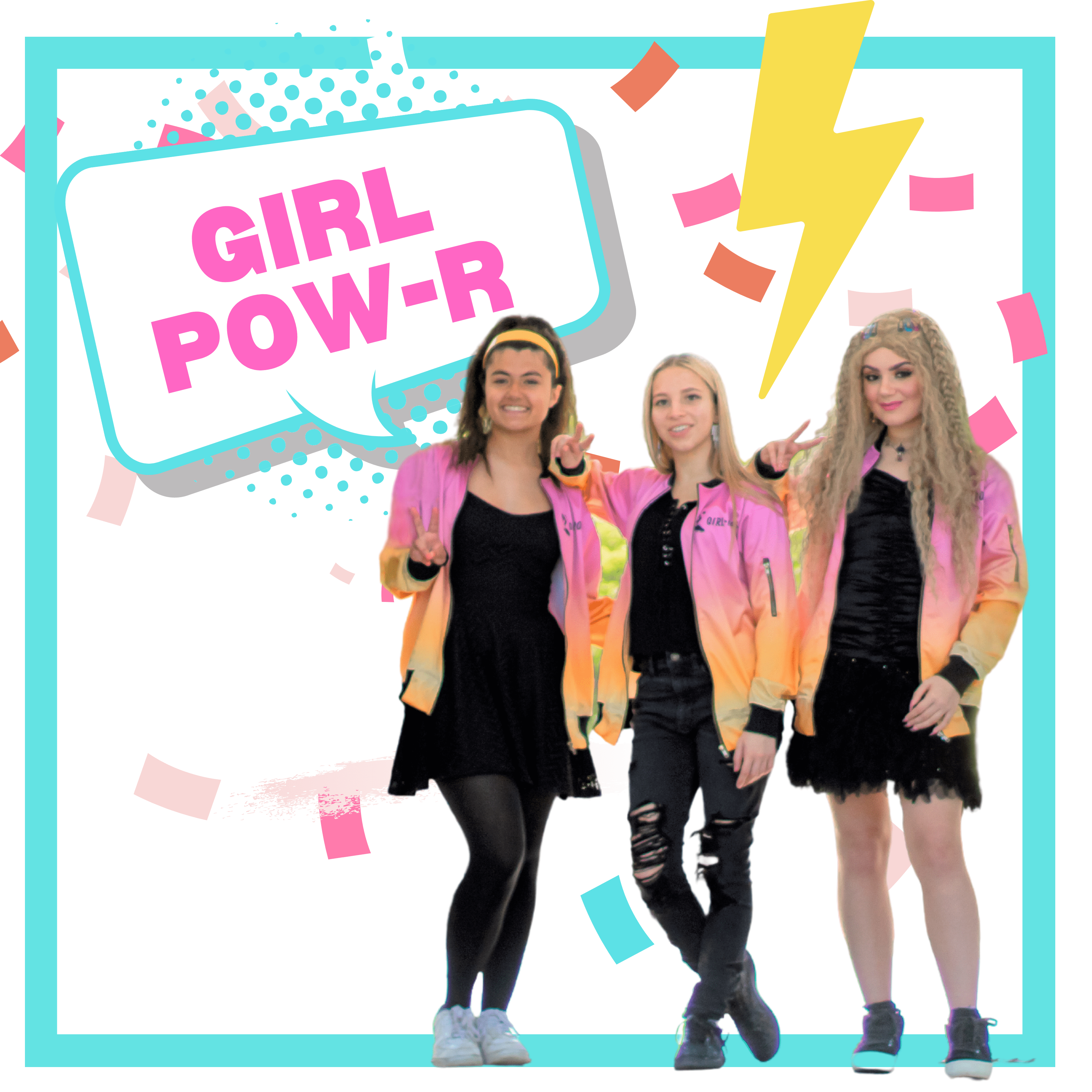 Girl Pow-R is the freshest all-girl, pop rock group of girls, ages 11 to 16, who debuted their first original single KRISI on November 24th.  The single is accompanied by a full-length music video shot entirely around the city of Toronto.

This group of very talented young girls write music, sing, dance, and play instruments; they are truly an example of a modern, talented band.  Girl Pow-R’s sound is rooted in pop rock, with the goal of inspiring others to be their best, through their music and lyrics. Since May 2017, the group has performed over 55 shows gaining fans of all ages! Additionally, their amazing vocals and energetic performances earned Girl Pow-R a 2017 Toronto Independent Music Award Nomination for KRISI, and they won First Place at a Family Channel competition this summer. 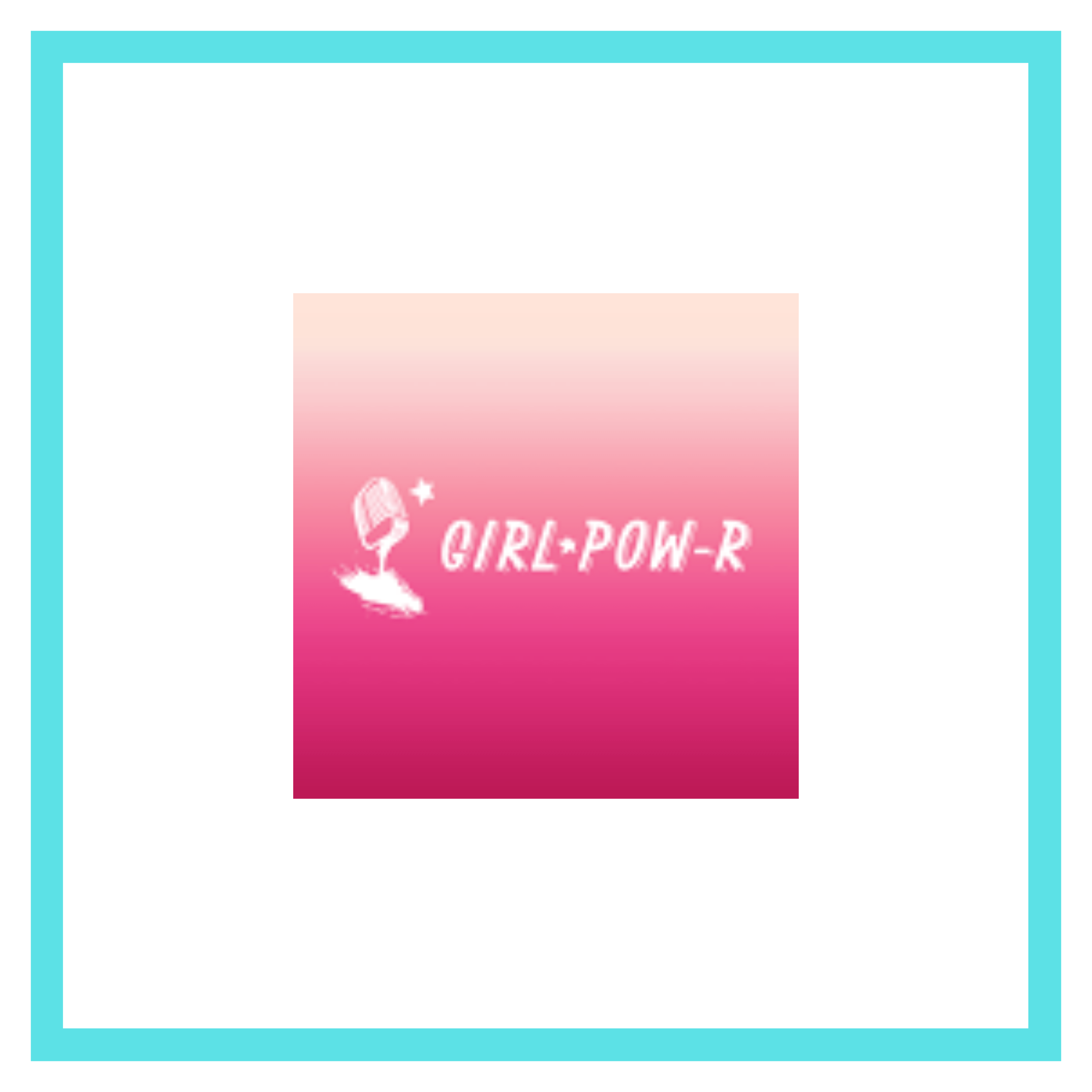 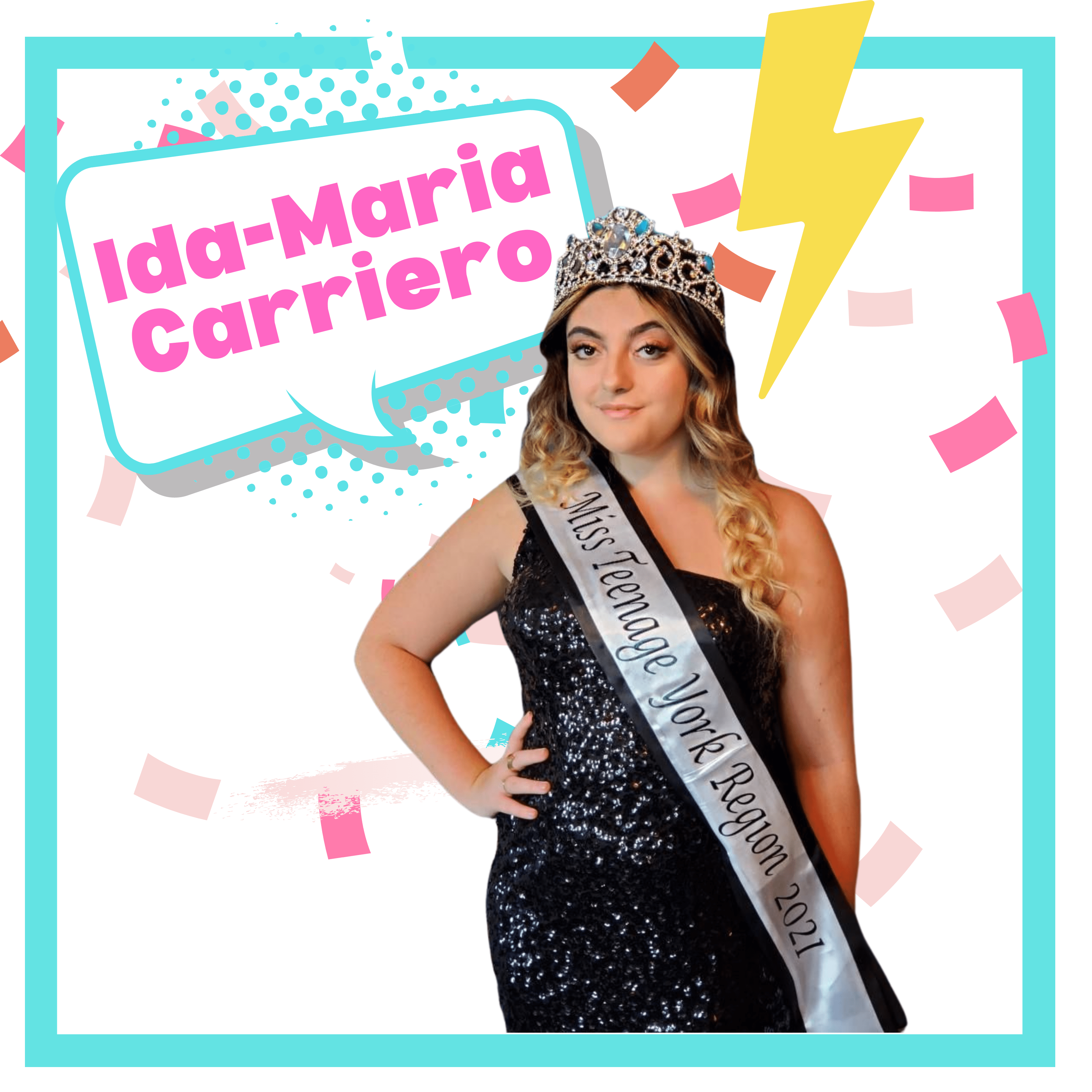 PERFORMANCE BY THIS YEAR'S SHES GOT TALENT WINNER: IDA-MARIA CARRIERO

Our first performance of the day is brought to you by a very talented and empowering young lady! Not only was she the winner of this year’s SHES GOT TALENT CONTEST, but she also made it as one of our top 4 Empower Girl AWARD finalists! She is a passionate singer/songwriter, actress, dancer and mental health activist, from right Vaughan Ontario! 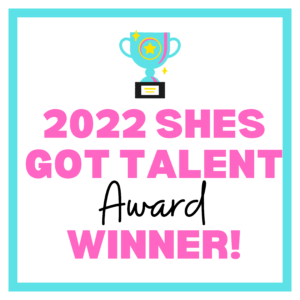 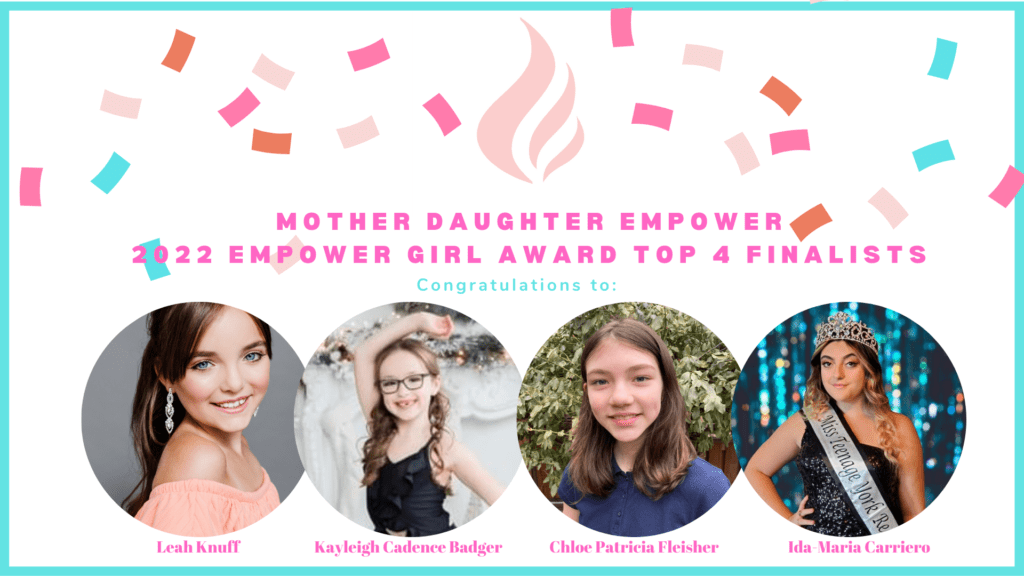 Our 2022 Empower Girl Award winner will be announced live on May 29th!

THANK YOU TO THIS YEARS EVENT AMBASADORS 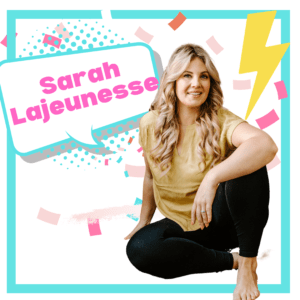 THANK YOU TO OUR 2022 VENDORS, COMMUNITY & SWAG BAG PARTNERS

Did you know that you can now fundraise to pay for your 2022 Mother Daughter Empower Conference & Award Tickets?

CLICK HERE TO START YOUR OWN FUNDRAISER TODAY! 100% Of the funds that you raise will go towards your ticket! 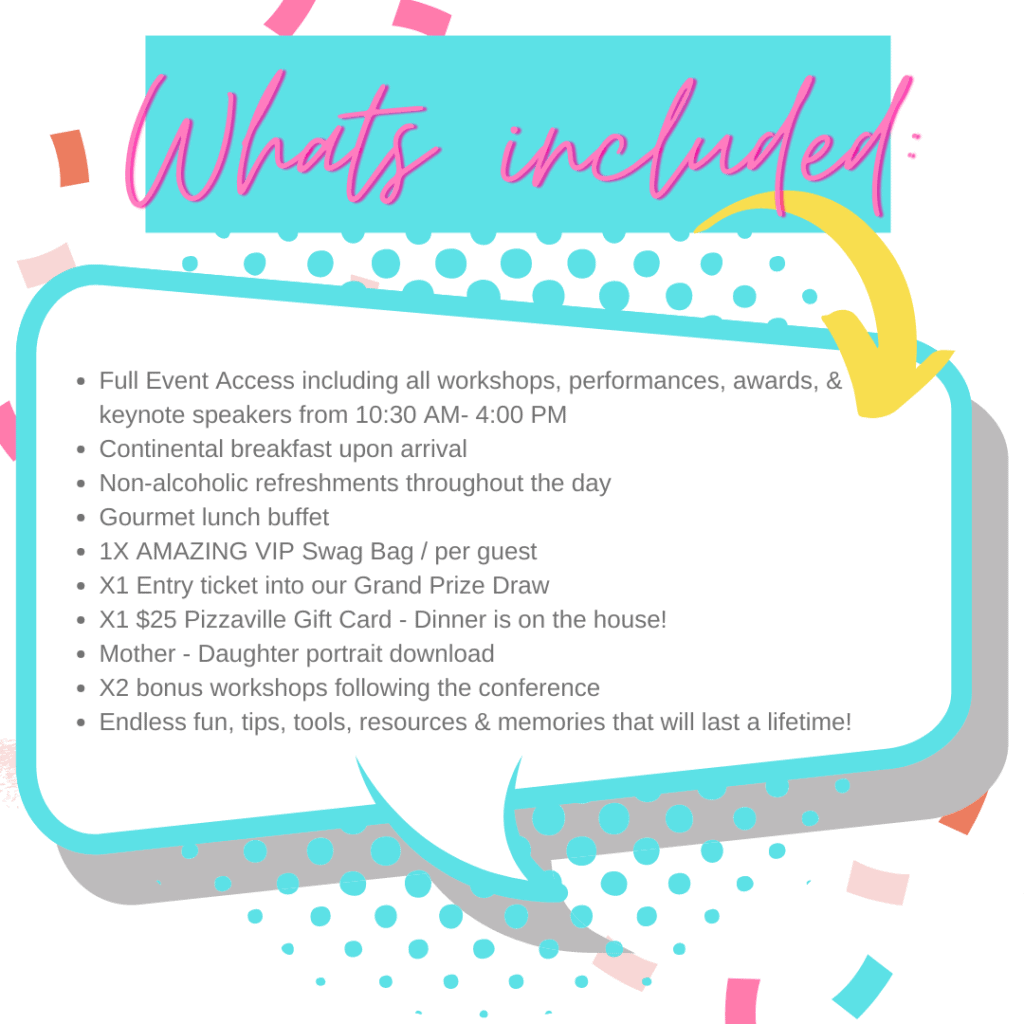 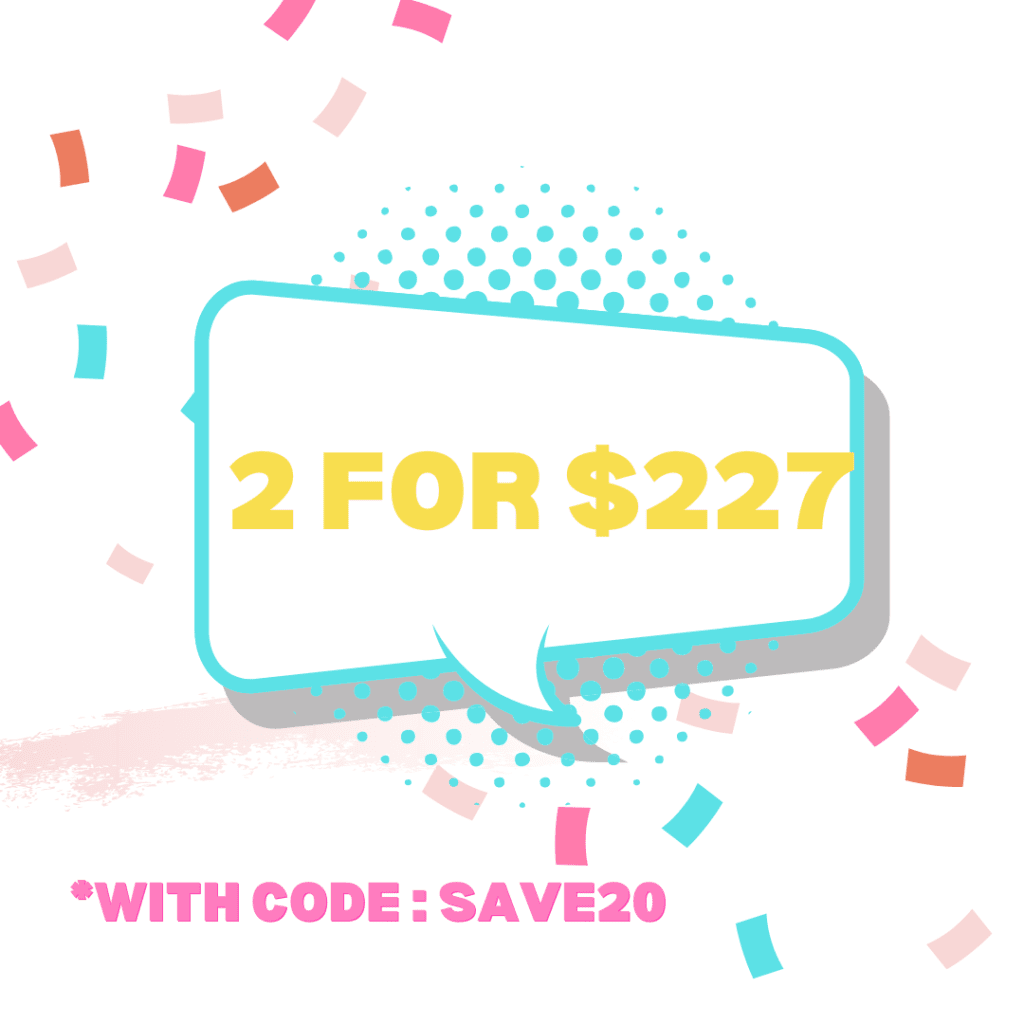 We are looking to showcase empowering businesses!

Do you have a product or service that you would like to showcase at our event? Click HERE to learn more about our vendor opportunity!